Dalton appeared in the census of 1925 in the household of his father Fred Bates Hill at Valley Township, Reno County, Kansas. He was 4, born in Kansas.4

Dalton appeared in the census of 1930 in the household of his father Fred Bates Hill at Valley Township, Reno County, Kansas. He was 10.5

Dalton appeared in the census of 1940 in the household of his father Fred Bates Hill at Valley Township, Reno County, Kansas. He was 20.6

Dalton was a farmer and longtime member of Pleasant Grove United Methodist Church. He was a former member of the Haven School Board and the Haven Co-op Board. In 1998, he lived on the family farm in the NW1/4 & N1/2 SW1/4 S32, T32N R4W of 6th PM.9,3
Dalton Stanley Hill


Dalton died on 27 April 2012 in Hutchinson Regional Medical Centerl, Hutchinson, Kansas, at age 92. A funeral service was held at the Pleasant Grove Memorial Church in Haven Kansas, with Pastor Mike Graber presiding..10,8 He was buried in the Fairlawn Burial Park at Hutchinson, Kansas.8 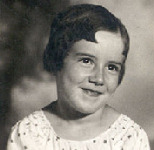 Neva appeared in the census of 1930 in the household of her father Fred Bates Hill at Valley Township, Reno County, Kansas. She was 1.4

Neva appeared in the census of 1940 in the household of her father Fred Bates Hill at Valley Township, Reno County, Kansas. She was 11.5

Neva died on 30 December 2007 in the Riverside Methodist Hospital at Columbus, Franklin County, Ohio, at age 78. She was cremated and her ashes were scattered on the farm where she grew up..9,3


Dorothy was a retired school bus driver. She had a passion for playing bingo, rummy, and slot machines. She loved her cats and listening to older country and western music.2

Eugene appeared in the census of 1930 in the household of his father an unknown person at Pueblo, Pueblo County, Colorado. He was 6.5

Eugene appeared in the census of 1940 in the household of his father Frederick Lowell Stanley at Precinct 18, Pueblo, Colorado. He was 16.6

Eugene registered for the draft for WW II in 1942 at Pueblo, Pueblo County, Colorado. At the time he was working in the Dalton Grocery.7

In 1962 Gene was VP of Strato Aeronautical Co and lived in Resada, CA (Retta Ratliff to Grace Hill, 4/29/62). In 1979 he went to work in Santa Barbara for 3 months. But prices were too high to buy a house and he returned to Resaca to work for American Jet and consult for Aero Spacelines.

Freida appeared in the New York Census of 1925 in the household of her father, William Harmon, in Blooming Grove, Orange County. She was 4. Included in the census were her mother, Clara (23) and a brother Brunce (3).2

Frieda appeared in the census of 1930[ in the household of her father, William Harmon,] at Blooming Grove, Orange County, New York. She was 9, born in New York.3

Frieda appeared in the census of 1940 in the household of her grandfather, Albert Terwilliger, at Blooming Grove, Orange County, New York. She was 19, born in New York.4 She died on 21 May 2006 at Portland, Multnomah County, Oregon, at age 85.1

Mildred appeared in the census of 1940 in the household of her fatherGabriel Johnson at Colorado Springs, El Paso County, Colorado. She was 7, born in Colorado.3

Mildred Anna Johnson
Stanley
Her son, William David Stanley, was adopted by Eugene Stanley after her marriage to him.6

The following description of Mildred Anna Johnsonr was posted on Ancestry by herdaughter, Holly Elaine Stanley, on 19 Sep 2013: I will talk about the good, great and awesome things first. Her name was Millie. She was beautiful. Tall, with raven black hair andexotic olive skin. She had delicate features and a small frame.I used to grab her by her wrists when we would play, and her boneswere so small I was afraid that they would snap. She wore jewelry better than anyone I have ever known. She looked like a Native American queen.She was so very intelligent! She could have been anything. She should have been a doctor. She was creative. Always working on something - a painting, a mosaic, making a piece of jewelry. She loved to garden. Our yard wasa mass of flowers. She was friendly andnon-judgmental.She was a caregiver. Everybody loved her. She had a clever, quick and wicked sense of humor. You always had to be on your toes around her, because she could blindside you with one of her pranks before you ever saw it coming. She was a great cook...everything from scratch...everything delicious. When I was little, she let me know how muchshe loved me and how important I was to her!

Her reality was that she was born into a poverty ridden family. Her father was afrustrated, overly rough, functioningalcoholic and her mother had an undiagnosed brain tumor that made her behavior volatile and abusive. The tumor was a contributing factorto her early death.My mother got pregnant at 17,and entered into a marriagefilled with more violence. At 19 she met and married my father. He was a kind and gentle man, and she thought he was wealthy. She cared about him, but was not "in love"with him,yet they remained married until her death 50 years later. My father did his best, but the damage was done long before he ever met her. When my brother and I werechildren,wewere her focus. As we grew more self-sufficient, however, her life seemed to fall into pieces.It was the 1950's and early 1960's. She was a housewife and mother.She did not work outside of the home. I have always thought that if she had beenborn even 20 years later, she would have made it. I am sure that she would have found a way to go to college and medical school. Medicine was her passion. Instead, that opportunity went to my brother, her son.

Shebecame deeply depressed, and was prescribed several different types of medications. On a good day, she would admire the pink and blue kittens that she insisted were climbing our livingroom walls. On bad days, which werecommon, she would not leave her room at all. And, on one horrible day, I came home from school to find an ambulance outside of myhouse. She had tried to endher painwith a pair of scissors. She did not succeed, but was institutionalized for several months.

As a teenager, life with her was difficult. She was up and down - very unpredictable! I was never sure, when I came home after school, if she was going to kiss me, or chase me around and beat me with her favorite belt. It was a toss-up. We fought constantly, to the point that when I reached 18 I moved out. Things got better between us then.

Over time, her emotional strength grew, but her health declined. She left California, where I was born and raised, andcame to live with meand my family over 20 years ago. Eventually, she was able to live on her own, in a beautiful little house not far from us. She spent most of the last few years of her life enjoying her grandchildren, cooking, gardening and spending time with the people she loved and who loved her.Those years were an incredible gift. My daughters got to see her at her best. They played with her. She danced with them. They laughed so much. She and I were given the opportunity to reconnect in the best way. I can't begin to explain how thankful I am for that time!

I am writing this because everyone has a back story. I have written,am writing, and will continue towriteabout my mother. She deserves a context. She was a character of the first magnitude. She wascomplicated,sad, not always nice, and funny as can be! Her funeral was wild. That was said with no disrespect. She would have loved it! She has been gone almost 10 years, and I love and miss her everyday!

Larry appeared in the census of 1930 in the household of his father Adrian Bottoms at Burrton Township, Harvey County, Kansas. He was 3.4

Larry appeared in the census of 1940 in the household of his father Adrian Bottoms at Burrton Township, Harvey County, Kansas. He was 13.5

Larry resided at 711 Cessna Rd, at Hutchinson, Reno County, Kansas, in 1953. He was listed as a machnist at Cessna..8

Larry served in the US Navy in WWII and the Korean War.9

By August, 1974, Larry & Ruby had sold their home in Hutchinson and were running a gas station on Hiway 56 about 20 miles east of Lyons where they had a nice trailer home. Larry was a member of Masonic Lodge No. 172, the Salina Consistory, and the Isis Shrine, Salina.10

Larry died on 19 February 1986 in the Hutchinson Hospital at Hutchinson, Kansas, at age 59. Funeral services were at his graveside in Burrton Cemetery, Rev. Robert Hummer officiating..11,1,3 He was buried in the Burrton Cemetery at Burrton, Harvey County, Kansas.12,1,13